Today's review is the Black Card, a nifty device that (used) to be on Kickstarter.com.

But first, I'd like to thank the academy... or not. The real thanks goes to Tim Almond, the co-creator of Black Card, who was gracious enough to send me a review unit. You can check him out (and buy one for yourself) here: 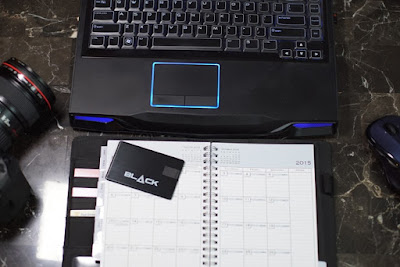 What is Black Card? The Kickstarter subtitle to the project states it as "Online Privacy Simplified." And that statement would be correct. It's a plug-and-play device that let's you boot into a secure, untraceable OS from any computer, anywhere, and manage your communications, finances, and secret-agent files on a 5GB drive the size of a credit card. All without having Big Brother or malicious hackers snoop around in your personal biz.

All this is managed by a wonderfully simple operating system, and enclosed in a sleek, minimalistic plastic case that won't draw attention in a public area, thanks to several handy features both in the software and hardware department. But more on that later.

Black Card was brought to Kickstarter at the beginning of December and quickly amassed 50-some backers before Kickstarter suspended the project for some unknown reason. While disappointed, it didn't stop Tim Almond, the co-creator, from setting up an online market for the device earlier this year.

As I said before, Tim was very gracious to send me a review unit. He contacted me back back when the Kickstarter for this product was still up, and only five days later, my package arrived in the mail.

Unfortunately, it arrived slightly damaged. However, this was not due to a mistake on Tim's part in any way, but I can thank the good ol' USPS for crushing one corner of the package. Tax dollars at work, aye? However, the Card only had some minor scratches on one corner and functions perfectly. 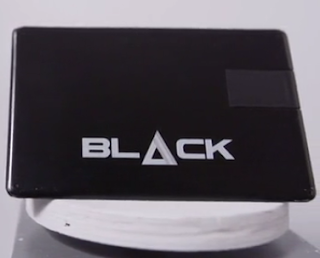 The Black Card is one sleek piece of hardware. Wrapped in a sleek, matte black plastic, it measures almost exactly the same dimensions of a credit card, with a thickness of about two cards. It fits quite nicely in my wallet (which is quite slim), and wouldn't draw any looks if you pulled it out at the cafe or public library.

It's also durable enough to slide into your bag or wallet without worrying about breaking it in half, but also light enough that it won't put a large weight in your pocket, like some portable hard drives.

To get started with using the Black Card, the access USB port is popped out from the rest of the card, and swivels back and forth on a little hinge. This is helpful because it allows more freedom to plug the Card into a hard-to-reach USB port.

It's a little bit tricky to push into the port; I had to push rather hard on the card to get it into my laptop's port. I was slightly nervous that I'd break it, but maybe I'm just a clumsy person.

Once plugged in, restart your computer. While it restarts, either mash F12 (on Windows) or hold OPTION (on OS X) to be greeted by the boot screen. From there, you can boot from the Card into Tails OS, the private software enlisted by the Black Card team. 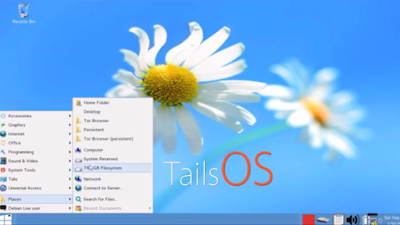 The software, from what I've seen, is just as fluid and minimalistic as the Card itself. Tails OS (or The Amnesic Incognito Live System), an encrypted Linux OS that keeps all your docs and pics out of the snooping nose of hackers, Big Brother, and your neighbor's dog. (Although if the dog's getting your files in the first place, one of you has a problem.)

Tails is a derived from Debian, (like most Linux OS) and is open-source for the world to use. Additionally, there is a plethora of great tools to use pre-installed on the card. Which is good, because you can't really install your own.

Some of these tools include:

...And much more. There's enough built in that any casual web-surfing, media editing, or even businesses could use this product successfully. But there are a few things you should know:

1. Make sure your peripherals are hardware-connected. I learned this the hard way when I tried booting the Card on my Mac with a Bluetooth Keyboard/Mouse. The new system doesn't know about preexisting wireless connections! So make sure those devices are hardwired in.

2. One smart feature of the Black Card is the Windows 8 Camouflague. This setting is picked when you boot up the card, and disguises the operating system to look like a standard Windows 8/10 OS, meaning that if you use the Black Card in a public place such as a library, you shouldn't get a million stares.

3. This system is as hard as a rock. A combination of LUKS storage encryption, PGP web encryption, and metadata scrubbing means that all your activities as virtually untraceable. It also utilizes randomized Mac addresses, Off-The-Record IM, and KeePassX (to safely store your passwords.)

I won't dwell too much on the web functions since everyone uses the web for different things, but you're locked and loaded there as well. The TOR Browser uses a relays your web data across routers all over the world, making those likes and +1s untraceable.
To learn more about how TOR works, visit https://www.torproject.org/

And that wraps up my review! Once again, many thanks to Tim Almond, and if I interested you in buying one of these for yourself you can over to their store and pick one up for yourself!