Today I've got a quick- but fun- review for y'all: the LumoPad light drawing system by Nestor Tkachenko out of New York. You can find them at their Kickstarter:

Stick around and I'll give you the inside scoop. 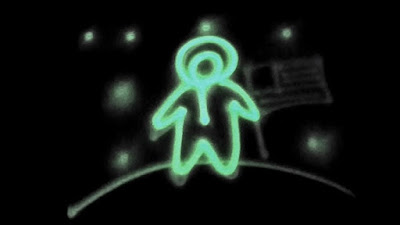 What is LumoPad? It's simply a phosphorescent-paint board. You draw across the surface using a mini LED, which leaves streaks of light that fade after a short period of time. It's awesome. It's the perfect tool for children in a dark room, flipart-style animation,

The kit I recieved is just a prototype and and isn't as polished as the finished model will be. My version included:

It's simple, but effective and fun.

The LumoPad is simple enough in design; It's a simple piece of foam board that's been painted on one side with phosphorescent (or Europium-based) paints. When exposed to the superbright LED, the chemical reaction leaves a trail of glowing light on the board. The finialized model will have the board enclosed inside a frame, for protection against wear and tear, but will still weight very little.

My LumoPads came in two different colors: Yellow and Blue. The yellow board was made with phosphorescent paints, which are brighter, but fade quicker. The blue is a Europium-derived paint that isn't as bright, but holds a glow longer.

The LumoPad is still in design progress and the creators have announced that they'll be continuing to upgrade and enhance the design over time. It's a fun product that's mess-free and great for children (or adults) to enjoy in a darker room, in bed, or just with a blanket over their head.

And wraps things up! If you want to learn more, or find out when and where you pick one of these boards up for yourself, head on over to Kickstarter and tell 'em Carter sent you.
Until the next review...
..Carter.. 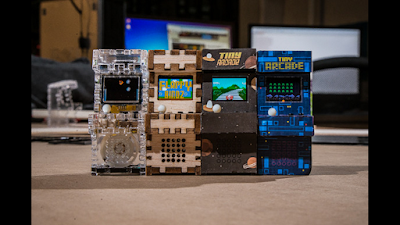 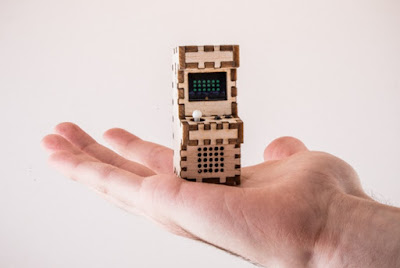